I once opened my Instagram account and found an account for Infected Mushroom ‘liked’ my pic and added ‘Love your photos’. I was thrilled! They had 10,000 followers… I was NOT one of them, and they liked MY pic? I looked them up to listen to their songs to find something to repay the compliment but couldn’t find any. So I just said ‘thanks’ and moved on. Thing is I couldn’t move on. I obsessed over it and clicked back to them wondering how they got to me. There were all these pics of a cool rock band that I couldn’t stand.

Then, one day, I searched for the Infected Mushroom account and it had disappeared. Of course that couldn’t be. Accounts with 10,000 followers don’t get summarily chucked. I went back to my picture with the original comment and discovered that the comment was now under a different, unrelated name…  Baffled, I clicked on it and found what looked like a brand-new account… with nearly 10,000 followers! Now it doesn’t take a rocket scientist to figure out their bait and switch strategy. Nor does it take a rocket scientist to realize that their fans are NOT going to engage. They are fake fans.

The story is with Instagram, but the lesson is relevant with all social media.

Now there’s lots of talk about how Facebook algorithms are killing business, and maybe it’s time to move on. Maybe it is.

In fact Facebook ADMITTED that its organic reach is falling short, and is urging brands to buy ads! So is that it? Is Facebook becoming like any other advertising platform? NOT SO FAST. Don’t ignore some of the most valuable benefits of Facebook Pages.

First of all, there are a number of services Facebook provides brands that are completely free:

When it comes to sheer usage, Facebook still reigns supreme, accounting for almost twice as much time spent monthly by users on Facebook over Google. The customers are there. We need to be as well. 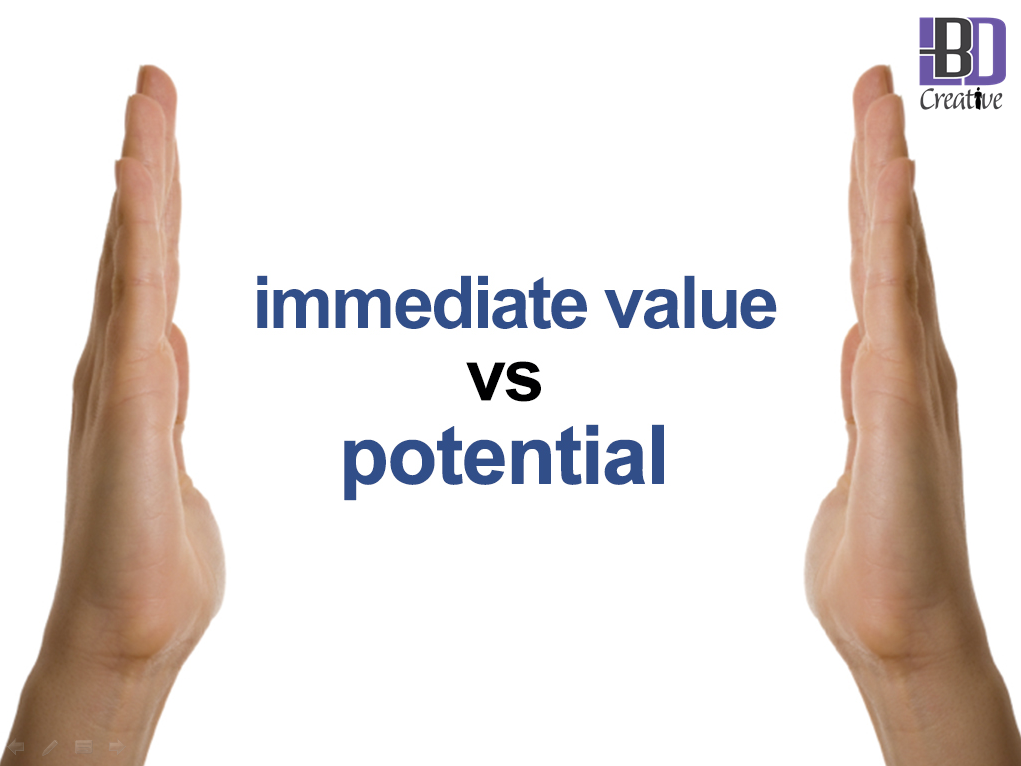 Some brands might ignore social media, go on about their business as they always have, leave those new channels to others. Some brands can do this with little negative impact, BUT the more important thing here is that by ignoring social media channels, you are missing out on massive opportunities that are waiting to be taken up.

There are millions of conversations happening on social media every day, some of them ARE relevant to your business. By ignoring them, maybe you’re not losing anything from what you currently have, but you are missing out on new opportunities.

Having a dedicated social presence takes time and investment, but it has the potential to produce amazing results, many of which you wouldn’t even be aware of if you didn’t actively track and participate in these conversations. Still can’t relate? How about this: There ARE opportunities out there, RIGHT NOW that you’re not aware of if you’re not actively participating in social media conversations. They’re going on as we speak.

In order to capitalize on this you simply have to be in the game. YES, it takes time and YES it takes effort and commitment. A lot of commitment. You can bury your head in the sand if you’d like, but you are missing the boat. Big time. There are NO shortcuts in social media and if you think there are, remember my Infected Mushroom story. Try buying likes; you will have a nice big pile of people who connected your page, but absolutely no added value. 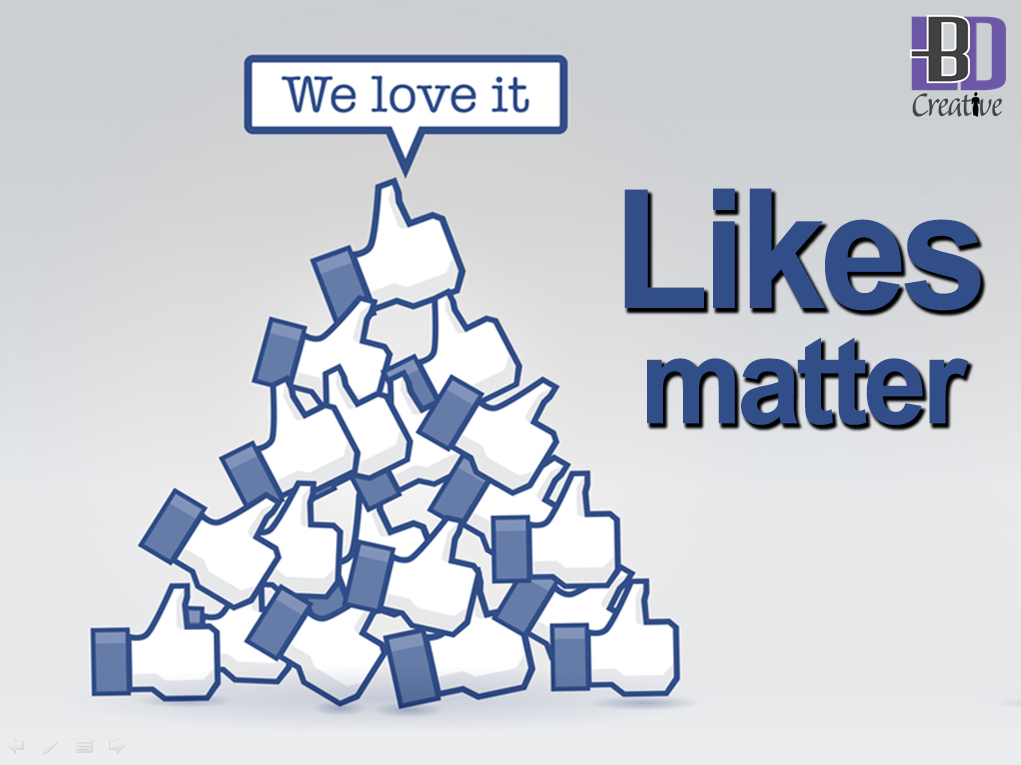 Why do ‘likes’ matter? Because likes bring you superfans. Remember what I said before, that Facebook allows you to disproportionately engage superfans? Well what are superfans?

When you open Facebook, are there certain pages that regularly turn up on your newsfeed? Of course there are. Think for a moment which pages you always see… Why do you see them? They’re there because you interact with their content.

Facebook’s algorithm – yes, that word that makes marketers cringe these days – determined that you have a higher affinity towards their content so you see it more often.

Affinity impacts the content people see on Facebook, so it stands to reason that the people who interact most with your brand will see the most content from your page. These are your “superfans.” They may be a very small proportion of your Facebook Fan contingent. But  they have a high degree of enthusiasm for your business and see a disproportionately high amount of your content. These fans are NOT NEGATIVELY AFFECTED by Facebook’s new algorithms. Cater to them. They are your captive audience. As long as you maintain a core group of superfans, you have the potential to reach so many more. Why? Because your superfans are one of your SECRET WEAPONS against Facebook’s algorithm.

When you post something on Facebook, the sooner it is engaged with in a meaningful manner, the better your chances are that it will beat the algorithm. The superfans are the ones to give you that leg up. THEY see the post, THEY react immediately, Facebook thinks, ‘Hey, this is a meaningful post, worth sharing widely’ and suddenly your more marginal fans are seeing the post as well.

Further, if you can get your posts to have wide reach organically it has the added power of being ‘discovered’ by your audience and not pushed in front of them. What someone finds ‘on their own’ they’re more likely to share and promote. If they actually like it, of course. 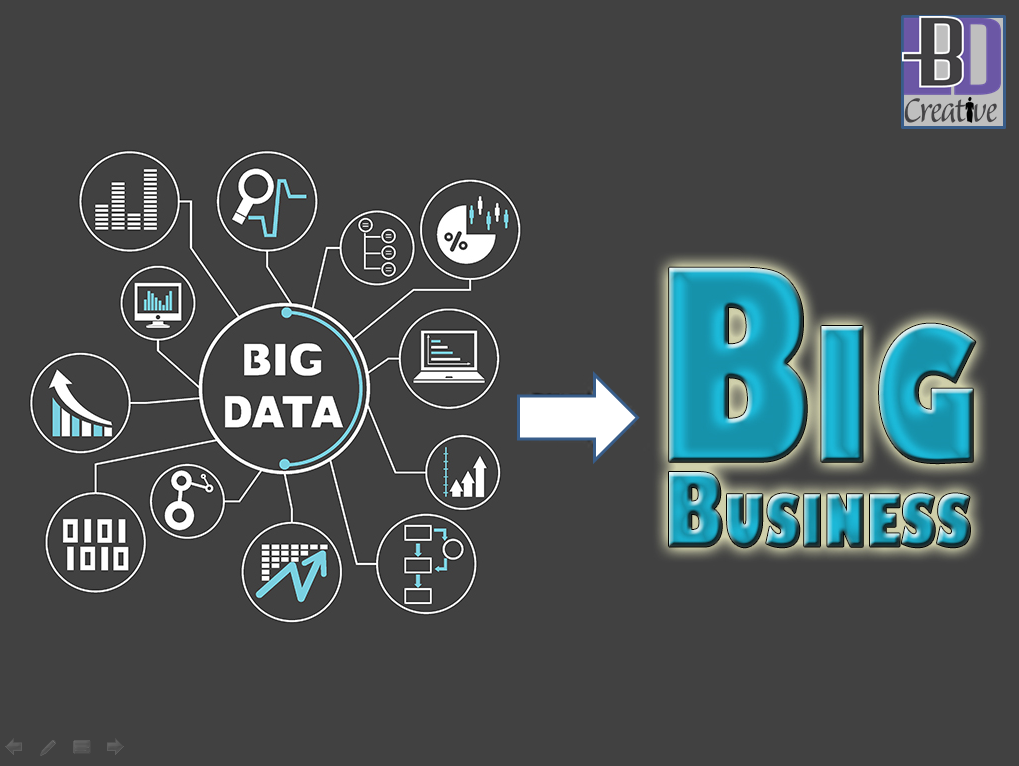 BIG DATA refers to the vast amount of information businesses are gathering these days. The data is so immense that it is too difficult to process using traditional methods such as databases and software. So how do we use it?

Now I know this is about organic reach, but I heard a great story that explains in such basic terms how Big Data can be used and frankly I think that even the most organic campaigns will need to be supplemented with a bit of promotion here and there.

There was a music band that had small but loyal following, doing a gig in a new city. While they were largely unknown there, their fans had compared them to a larger, more popular band. So they used that information to their advantage by targeting fans of the popular band who lived in a 100 mile radius of their gig. It worked – they sold out! I love that story. By using the kind of data that is available, you can drastically minimize your costs and still reach your target audiences.

Remember those superusers? That data is collected. It’s called affinity data, and is made up of social media ‘likes’, comments and shares. While it’s not fully developed – and in fact they don’t expect it to peak until 2020 – you can expect more and more programs and ideas directing your use of this information to tweak your own marketing. 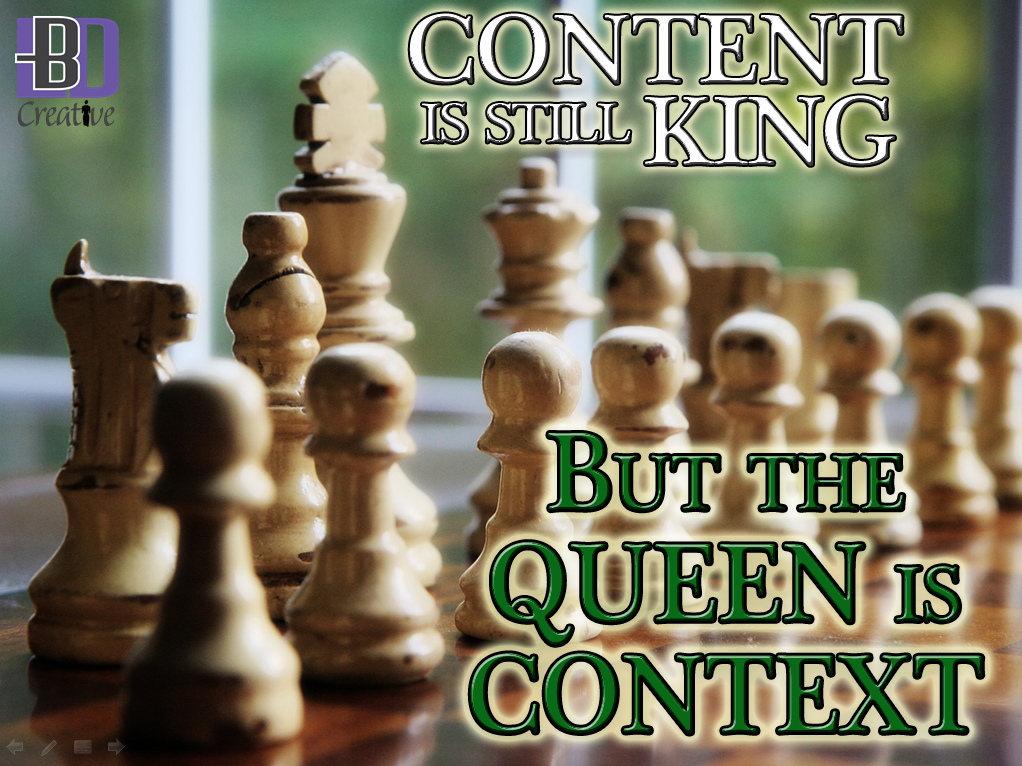 You’ve heard ‘Content is King’ ad nauseum. Of course it is absolutely true. But it is not the whole equation. Have you heard Content + Context = Digital Harmony? Let’s put it this way. If you have a hardware store, would you be posting articles about entertainment? Even if they were AWESOME articles. I mean, like amazing articles. That get shared, and liked, and commented on like crazy. But what good would they do for YOU? You may have an engaged audience but are they walking into your hardware store and buying duct tape and cable ties because of them? Or are they just reading your articles, oblivious to your existence?

You need to know WHO is your audience, WHERE do they hang out, WHAT do they need? And then taking all this into account, give them the kick-ass content that they’re looking for. 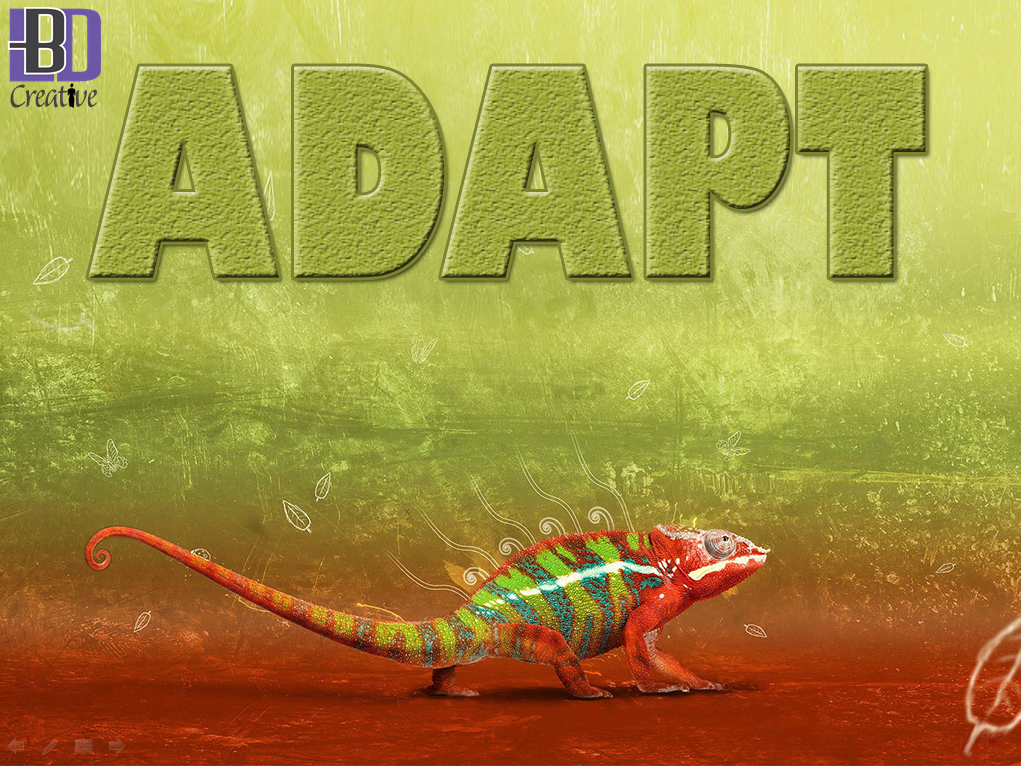 People like to have things under control. Naturally. Who doesn’t? But let’s face it folks – Zuck is NOT under our control. The changes are so fast and frequent that I waited until the last minute to write this so I could be up to date… and I’m probably not.

ADAPT. It’s the only way. Be flexible. Follow your favorite social media blogs and industry leaders.  Be smart. You never want your account suspended because you ran a contest, counter to the new rules or because you had more than 20% text in an image you promoted on Facebook.

Sometimes you may want to curse out Facebook or the guy there who tells you your image, which you are POSITIVE complies to facebook guidelines, goes over the 20% rule. But then you will have to simply post a corrected image anyway. It’s simply vital for a Page owner to understand the rules of the game and one of those rules is that the rules change. Accept it. Adapt. Just go with the flow and make your Page kick butt.

This site uses Akismet to reduce spam. Learn how your comment data is processed.